You are here: Home / Archives for Biomolecular animation 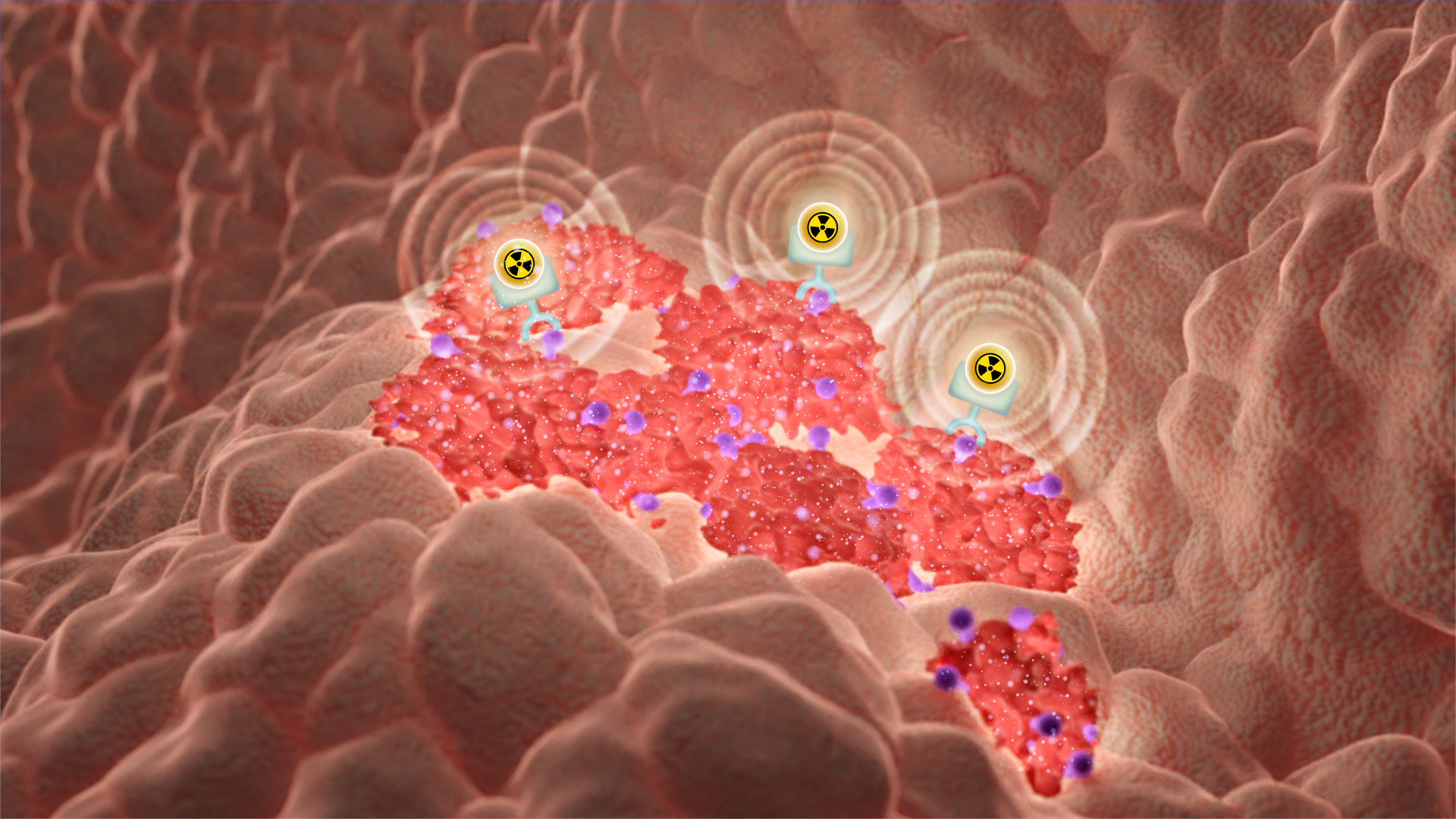 Magipics has produced a biomedical animation for the PeterMacCallum Cancer Centre. The animation describes the principles of PSMA Theranostics or ProsTIC, a treatment method for Prostate cancer. Briefly, this method involves targeting Prostate Specific Membrane Antigen (PSMA), a unique marker found on the surface of prostate cancer cells. Utilizing radioactive particles conjugated to a molecule that binds only to PSMA, the cancer cells can be detected and destroyed.

Here is the animation as it appears on the PeterMac website: https://www.petermac.org/research/ProsTIC/about-prostic

It has also been published in the Daily Telegraph: https://www.dailytelegraph.com.au/news/breakthrough-techniques-for-treating-prostate-cancer/video/837cb2edb12f568bb5f9cfe16094a039

Some time has been spent in recent weeks exploring new animation techniques. For this purpose a selection of old Magipics animations have been revisited and reworked, and entirely new material has also been created. Here is a short biomolecular showreel, focussing on cells and biomolecules. It starts out with red blood cells; then moving on to stylized stem cells, followed by the molecular principle of an ion channel in a cell membrane. The next scene illustrates the molecular “motor” mechanism driving flagellar movement in bacteria. It finishes on a very current topic: the attack of a Corona virus. Genuine molecular pdb structures have been used for the “spike” and HA surface antigens on the virus particles.
The soundtrack was also created in-house.